Excessive Use of Force by Police or Correctional Officers

“The degree of civilization in a society can be judged by entering its prisons.” –Fyodor Dostoyevsky

Our office believes that no one, no matter their alleged crime, should be abused by law enforcement. Unfortunately there is a culture of excessive use of force on our streets and in our jails and prisons. Law enforcement officers too often maliciously and sadistically mistreat individuals accused of crimes, for the very purpose of causing harm. Correctional officers regularly exact extrajudicial punishment on inmates in their custody, violating people’s basic human dignity and their right to be free from cruel and unusual conditions. Correctional officers have administered beatings to inmates, and then returned them to their cells without medical treatment, leaving the injuries to worsen and become life-threatening. Inmates have died as a result of these beatings.

The County has failed to properly train, supervise and discipline correctional officers for such conduct, and as a result there is a culture within the jail of excessive use of force and medical neglect. By its policy and practice of isolating people in inhumane conditions, the County is subjecting individuals, including pretrial detainees, to serious psychological and physiological harm, in violation of the Eighth Amendment of the United States Constitution.

Our office is experienced with suing individual law enforcement officers as well as their agency of employ and the corresponding county for these egregious acts and omissions. 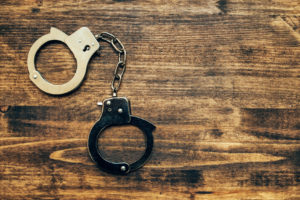